I installed custom keyswitches in my Reform. I ordered it with Kailh Choc White CPG135001D03 clicky switches but received standard Brown CPG135001D02 switches. I ended up ordering White switches from LCSC and did a DIY replacement with the help of a friend that has much more soldering experience.

Since I did not have a bare keyboard PCB, we started by desoldering the old switches. Unfortunately a trace was lifted during the desoldering process: 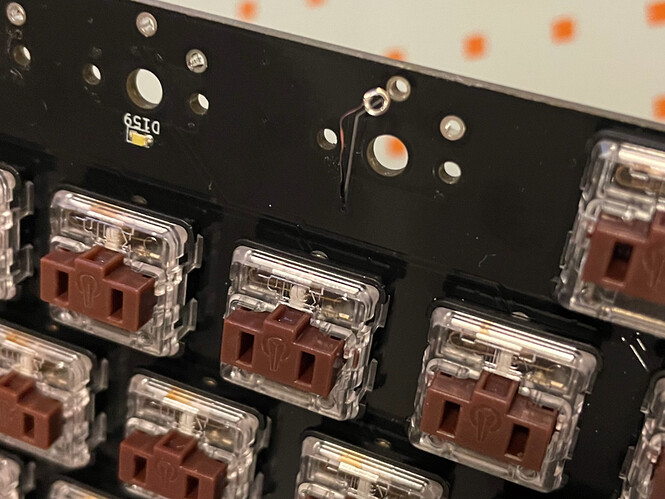 The process was worth it for me. There is definitely a risk in lifting and damaging traces. It would be nice to see the official keyboard offered with different switches or at least as a bare PCB without any switches, which would make installing your own switches much easier. 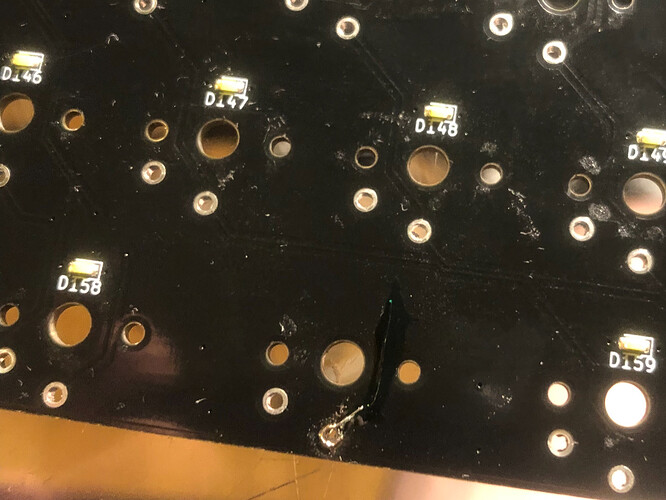 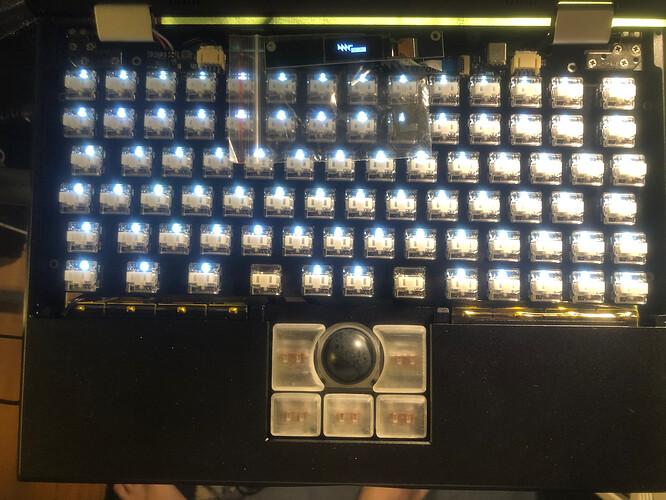 I was not sure if I should do the trackball as well. I did it and I am happy with the result. Now it clicks when you click: 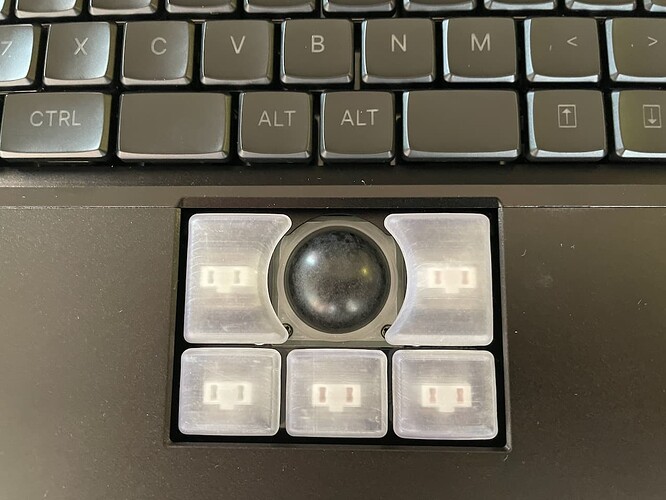 Hmm, it’d be nice if we could order a new pcb board … like I don’t really feel like re solder the whole thing, but I just might have to do so! Need clicky!

Are the Choc white comparable to the Cherry MX blue, or would I need the Choch blue’s CPG135001D03-1?

edit: looks like the Kailh low pro heavy blue’s are difficult to find or non-existant–guess I’ll be trying the choc whites.

@8088mph were you satisfied with the switch?

Ideally you would want a PCB with everything other than the switches. You will want to have all the other components such as the backlight LEDs.

I had requested clicky switches before ordering the Reform. I completely understand them not being able to fulfill the request for custom switches by the time it shipped. However I am particular about my mechanical keyboards having clicky switches. I knew I would not be satisfied without clicky switches so I started looking for parts as soon as I heard it shipped with the standard switches.

I am very satisfied with the clicky White switches. I may even prefer them over Cherry MX Blue. I never tried Cherry MX White. They are exactly what I wanted and the time, effort, and cost was totally worth it for me.

If you decide to change your switches, you should have good soldering experience, or get someone to help. The whole process took about 8 hours, doing one key at a time, but it can potentially be done faster. You need a keycap puller, soldering iron, solder wick, and a desoldering station was also useful. I don’t recommend hot air because it will melt the plastic pegs on the bottom of the switches.

Thanks for your feedback! I’m definitely going to switch 'em out, as I’m just not satisfied with the choc browns, either. I suppose its just a matter of finding the time to do it now.

I would like to go on record that I am also a major proponent of using clicky switches, and would like to practice my complete lack of soldering skill without risking ruining my only keyboard module by trying to de-solder all the keyswitches…

I also don’t want to pay 200 eur for the standalone keyboard just to have to desolder that.

So I would definately buy a keyboard module without keyswitches if it becomes available.

I’m pretty sure once the shipping parity is achieved there will be spare parts available in the shop. Otherwise you can take kicad sources, generate gerbers, and order PCB via seeed or pcbway. Would need to solder other components though, as noted above.

Yeah that’s definitely a feasible option, the cost of the parts and bare PCB would be very cheap, if you’re fine with soldering some 0603 passives and the atmega32u4. A quick check on JLCPCB with rough sizes, a 5x11inch 2 layer PCB with black solder mask would be $18 US for 5.

Buying replaceable PCBs would be a boon, and in the future hot swappable switches would add another dimension to user upgradeability.