Hey Community!
We discussed this idea at the last Seattle meetup but an area I think could use improvement in Reform is keyboard stability. There’s quite a bit of flex along the bottom edge near the space keys. Thankfully there’s quite a bit of access to that portion of the keyboard internally so I think there’s room for a brace.

I don’t have 3d modeling skillz but I sketched out this concept. It could attach to the top of the trackball and also rest against the acrylic bottom panel with a foam buffer. Could someone help me design and prototype this concept? 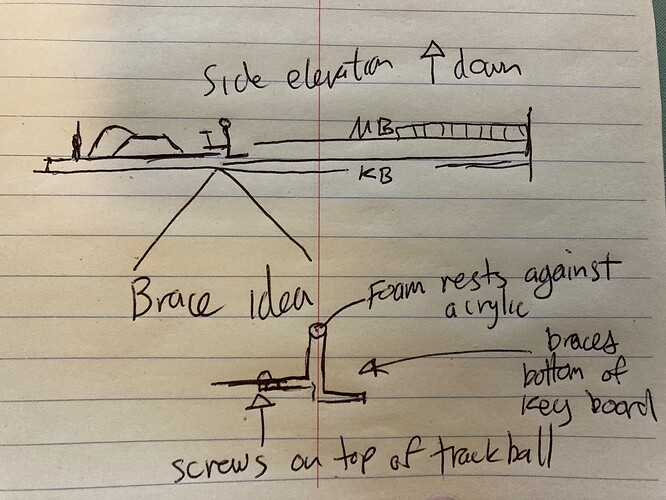 I made a simplified version that works well: the keyboard essentially has no give anymore. 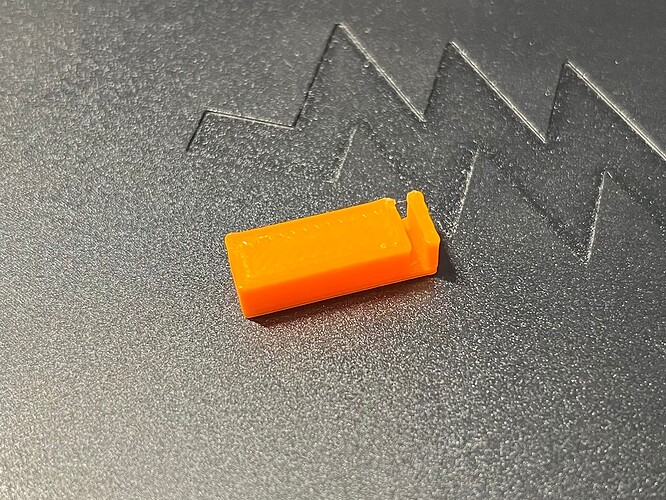 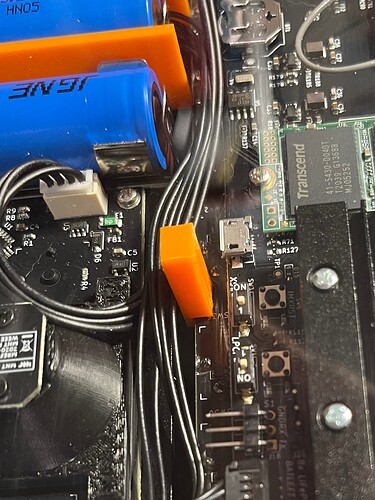 brace-installed1524×2032 295 KB
The slight pressure from the back seems to hold it in place just fine. I’ve uploaded the STL (I’ll upload the FreeCAD file later; my FreeCAD skills are poor and I’m afraid the current version is very hacky).
https://git.sr.ht/~mtm/mnt-reform-mods/tree
5 Likes
bnys January 13, 2023, 6:12pm 3

This is awesome! I’ll have to order some since I don’t have 3d printer access at the moment. Thank you!

I’m surprised that the acrylic provides that much strength there compared to just the bare PCB. I guess it’s just enough when combined together like that. My only concern would be cracking of the acrylic if it’s bent too much, possibly at the screw locations. Have you found that to be any concern? Or do you say have an extra rubber foot in the middle to transfer that load to the desk or such?

The forces involved are not that great; practically none when there is no typing going on. To cause damage to the acrylic you would really have to smash the keys very hard. I dare say the keyboard would be damaged too!
The acrylic back is stronger than it looks (plus it’s well mounted with all the screws).

My solution was a bit less engineered.
I folded some cardboard in half and put it between the main board and keyboard, and held it in place with the outer keyboard frame.

It works pretty well, but I would be open to a more purpose built solution. 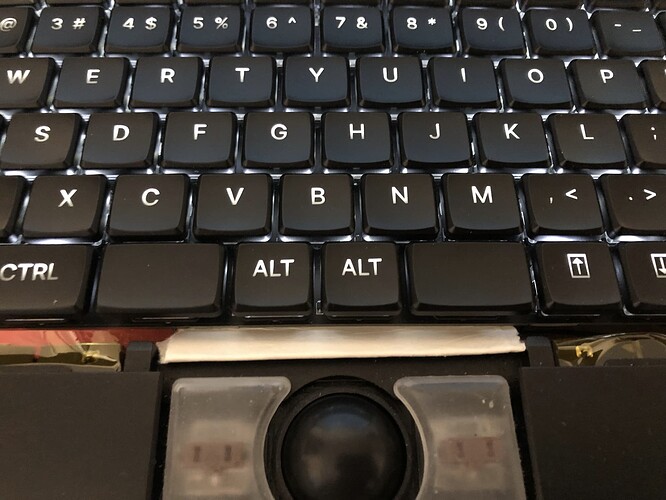 I ordered a few of the braces @mtm shared and they did the trick!! The keyboard feels completely different now, and even sounds a bit different without the flex absorbing all the motion. I’ll have to keep an eye on any damage done to the acrylic bottom panel. My initial idea was to put a bit of foam on the bottom of each brace to put a soft surface between but they’re measured exactly to fit and contact perfectly with the bottom panel as designed.

For my install, I put two in the middle to spread out the force a bit more (one makes me nervous about putting too much pressure on one point). 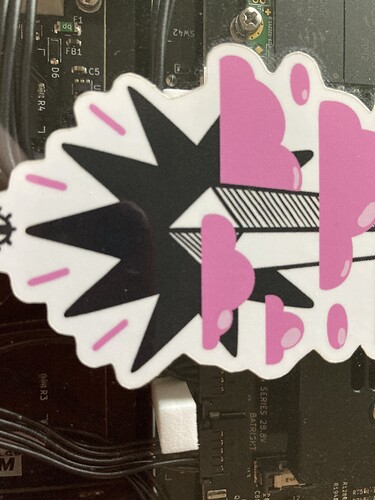 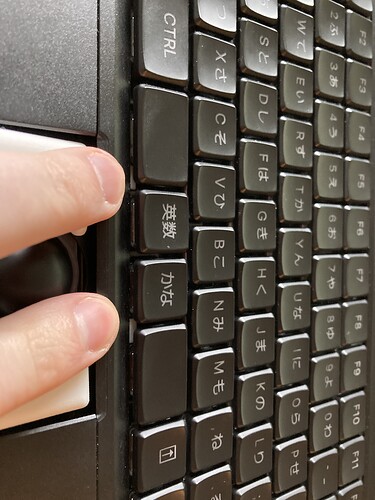 I suppose one could argue that if the forces are minimal, than perhaps the brace wasn’t necessary after all?

I ended up using OpenSCAD, a much simpler text-based CAD tool. It seems ideal for building small parts like this. Very easy to make small tweaks to get exact fitment.