Steam on the MNT Reform

I know that this might not appeal to some of you hardcore FOSS types. But I’m curious if anyone has been able to get Steam running on the Reform?

This is the last hurdle for making the Reform a true daily replacement. I’m not looking for massive performance either, I just need it to run.

Any thoughts, help, words of encouragement? Thanks!

But all games on steam are x86, you need to run emulation, on not that powerful cpu wihout paravirtualisation support. Not sure if any title from there will be able to fly under such conditions. You may try qemu as a start and run some bare archlinux/manjaro in it.

So the imx8 can do virtualization? I mean it has enough umpf to virtualize a x86 VM and then game on it?

Just a suggestion: I would start not from the steam client and your entire steam library but with specific titles that you would enjoy playing. Your best bet are games which are open source and/or available for Linux arm64 devices. I found this list of games that should run, maybe some of those are of interest?

Otherwise, emulation offers many additional titles. If you look into older console or computer platforms, you will find plenty of playable titles. For more modern x64 games, there is for example box86. I have not used it myself, but it will likely require some work setting up and tuning and might not work with every game you throw at it – and, of course, the reform’s CPU will be a limiting factor.

Personally, I hope to get BrogueCE to work soon

edit well that was easy: Brogue compiles directly according to the BUILD.md instructions and works like a charm

So the imx8 can do virtualization?

Well, any modern cpu can, not any can do it efficiently (eg with hw acceleration or paravirtualisation).

I mean it has enough umpf to virtualize a x86 VM and then game on it?

That is what I doubt.

Lucas had tweeted about box86 on the reform a few times back in November. Here’s the game specific ones: 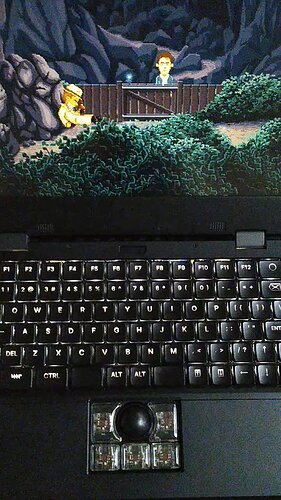 @mntmn
i decided to try the latest Box64 and it is incredible! this is Thimbleweed Park (x64 binary from GOG) running perfectly with smooth graphics on MNT Reform (with JIT x64->arm64) https://t.co/orXh29UVPk 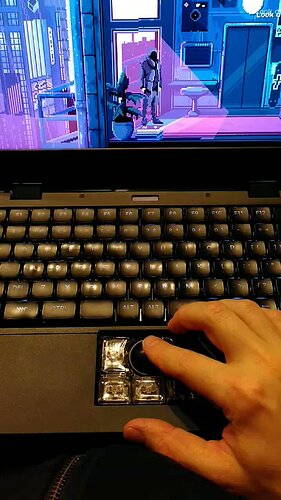 Yeah I got box86 and box64 working, but I would have thought, that this would get Steam working as well. Folks have steam working on Rasp Pi systems, so I genuinely believe it is possible here.

This comment in the README reads like it is not currently working, but I would suggest you to ask people involved in the box86/64 projects or check if someone in the RPi community has managed to do it: GitHub - ptitSeb/box64: Box64 - Linux Userspace x86_64 Emulator with a twist, targeted at ARM64 Linux devices

I would be happy, if it could run dosbox-x with win95 at a reasonable speed…
Before anyone asks or judges, I do not connect it to the internet and I usually install it with the internet off. Doing such a thing otherwise, is utterly insane and pretty darn stupid.

I do bring this up as an example, because I somehow doubt even that is possible, let alone Steam.

Not yet anyways, but that would be interesting? Everyone I have talked to online, some of whom are devs, seem to say, that ARM64 is just too darn slow. I would love to be wrong though.

Who knows, maybe Risc-V, Microwatt, or something could blaze even past Ivy Bridge, without using a crap ton of electricity and be very secure, hope so!