VS Code on MNT Reform?

Generally it’s a bad idea due to VS Code nature – it’s in fact a tab of Chromium browser. I prefer to use more lightweight editors.

But in my case VS Codium works flawlessly installed from .deb package: 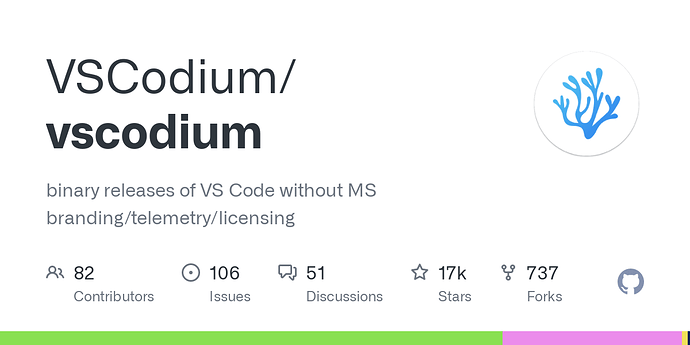 Thanks I didn’t even know about that Codium!!!

But for the OP I have Code installed and running on my Reform. I don’t think I did anything special to get it. I downloaded it via the Microsoft site, and it is added a microsoft repo in my sources folder.

I’m going to check out Codium though and see if it is any good.

Thank you so much, I had completed forgotten about VSCodium, will give it a spin.

@2disbetter Somehow, I am getting errors installing Code on MNT. I tried direct download as well as installing via curl.

Well on my Reform, Codium crashes like crazy and doesn’t even start.

Very weird. Meanwhile Code is working without a problem.

I hope you use arm64 package, not amd64! Easy to confuse!

armhf was what I used. For some reason I though that was the architecture the reform used. Would be embarrassing if I got that wrong.

You got that wrong

and poof, just like that Codium is working just fine!

and MS VS Code is now also uninstalled.