Will we be able to USB power mnt reform?

personally I’m trying to find one that goes the other way, charges a usb-c PD device with a standard laptop power brick. I know dell made them at one point. I dont like the security implications involved with usb-pd.

Just a heads up that the 15v and 20v cables from adafruit did not work for me, using a macbook USBC charger.

The red light underneath the reform would just flash.

What is the wattage of the charger you used? I’ve had success with a variety of 65W chargers and a 45W charger.

Apple doesn’t publish the details of supported voltages for their chargers, but a 30W charger would only be able to push 1.5A on a 20V connection, so it doesn’t suprise me too much that it wouldn’t work. It’s more likely a 30W charger doesn’t even support a 20v connection, but I can’t be sure because Apple doesn’t publish that information directly.

Thanks for the info.

I have another USBC adapter that stopped working earlier (no red light at all), but perhaps it is the Reform that’s having problems. I have some replacement adapters in the mail that I will try later to confirm.

You even need to check the cables, some are only rated for 3A. 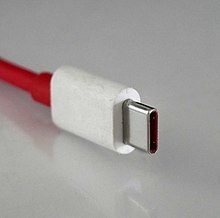 “USB” or Universal Serial Bus is a standard that was created as a means to make connectors more universal and transparent. USB C is a specific shape of USB connector and was designed to take that universality a step further by being the one connector...

An update on my USB adapters, all tested through the 65W Anker power supply I mentioned above.

Originally I had been using this adapter for a few months, but then it died. Surprisingly, now that I have a replacement, it has come back to life.

This one works fine, has a standard plastic cable. Some metal around the USBC end, plastic around the barrel. 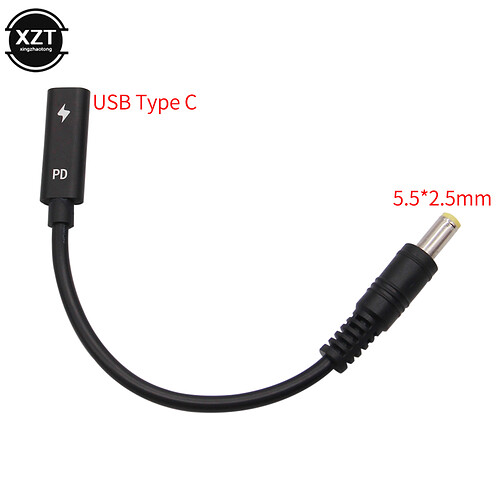 This one is also fine. Has metal around both the USB and Barrel ends, and a threaded cable. 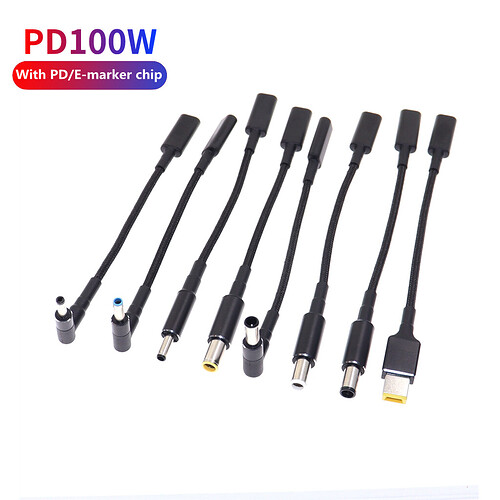 This one from the same seller as above was dead on arrival. Disappointing as it was the most fun connector.

And I tested both of my Adafruit cables again to be sure, and they continue to not work.

Just a little note on my USBC experience. I don’t think the adapters like being under load when initially powered on. The red light in the reform will come on and turn off right away.

This happens for me when plugging in when the batteries are not fully charged.

To correct this, make sure the adapter is powered first before plugging in the barrel connector. You may also need to power cycle the adapter first.

It depends on USB charger, but approach proposed by you is safer. Some chargers and adapters I used were able to start charging after connecting to mains, but not all of them. OTOH I never had problems when I was first plugging in charger and only then connecting USB adapter.

I tested both AdaFruit cables (mentioned by @khm above) and Amazon adapter from second post of this discussion.
I used Green Cell charger (GaN Charger GC PowerGaN 65W (2x USB-C/PD, 1x USB-A QC 3.0) ). I was able to power MNT Reform with 9V, 15V, and 20V (AdaFruit is out of 12V cables

I was even able to power 2 laptops at once (second was MacBookPro); charging was rather slow in such a case, but both laptops were charging and not discharging, although I was not doing intensive work at that time (mostly web, some text and ssh to remote machines).

does anyone have experience of using this sort of thing so that they can top up the machine from one of the usb ports you see on a plane these days?