So a couple weeks ago I’ve had an unfortunate situation happen - the left trackball button has snapped off the switch.

As the CAD files for the keycaps are available, printing a new one wasn’t an issue. What was worse, was that the little plastic stem broke off and got stuck inside the switch. 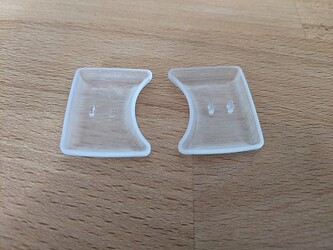 trackball-b-small800×600 153 KB
I’ve tried doing the trick with the heated-up needle to melt the plastic a bit. That cleared out one side of the switch, but the other one was properly stuck and nothing could get it out.

In a more mainstream laptop, I guess there would be nothing else to do than replace the whole trackball module (or glue the keycap in or something)… But not with Reform!

A quick look at the BOM (available for example here) reveals the part is a Kailh CPG135001D02. Luck has it, those are very readily available from online shops.

Once the switches have arrived, there was nothing else to do than desolder the old switch, and put in a new one.

I didn’t take photos of the soldering process, but it was quite easy - there’s 2 pins to be removed and that’s it. I don’t have a nice desoldering iron and had to make due with a simple pump, but 5 minutes later the replacement switch was installed and good to go. 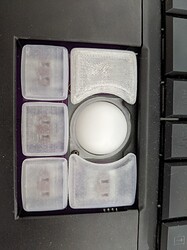