after reading this topic while also coming from using a Thinkpad T450s with the option of adding a miniPCI LTE modem and SIM card for mobile internet, I got motivated to mod my reform to have the same functionality.

TLDR; here is how my final result looks like: 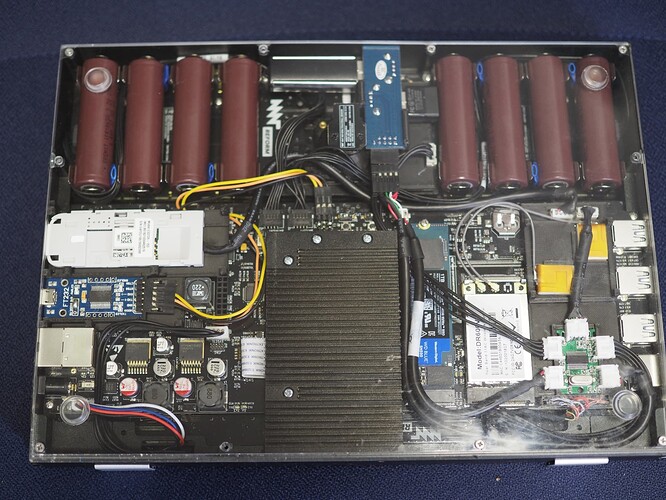 We cannot add an LTE minipcie card because there is only a single slot available that is already occupied by the wifi card. Finding a minipcie card that offers both wifi and LTE seems to be impossible. There exist pcie switches (splitters do not work because the reform only has a single 1x) which cost hundreds of Euros. There is also the problem of where to plug the SIM card.

So instead, I chose to add a USB LTE modem into the case. This also solves the problem of where to put the SIM card. But now the problem is, that the Reform only has two USB connectors on its motherboard which are already occupied by the keyboard and trackball. To attach more USB devices, we also have to add a USB hub into the housing.

To neatly install all the additional hardware inside the reform case I got inspired by how the transparent acrylic antenna holder used the two JST PH USB connectors on the board to keep the acrylic rectangle in place and 3D printed a bunch of additional shapes using the same principle to stay in place without glue or tape or screws: 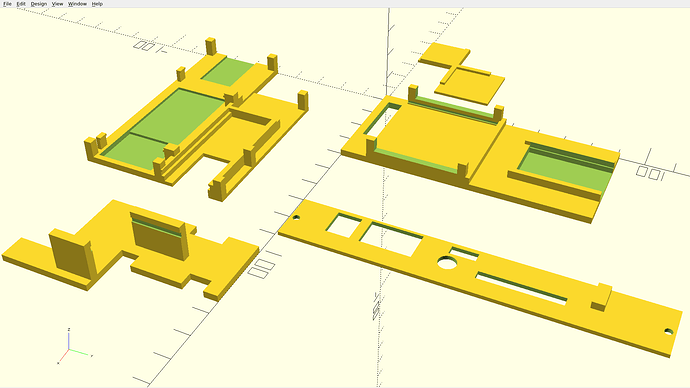 Here are the openscad sources for above five parts that I printed with PLA on an Ultimaker S5: carrier boards ($1) · Snippets · Snippets · GitLab

Buy more JST PH 4 plugs, sockets and crimps because it’s easy to fail. The USB cables have to be soldered to the plugs in the following order: black (ground), green (D-), white (D+), red (+5V).

Originally I wanted to use the Nano Hub as a very tiny USB hub but that sadly has been sold out for months. Instead, I went with a cheap no-name USB hub with a FE1.1s chip in it. There are plenty of those on ebay and I got scammed twice in an effort to get one of those. An alternative is to buy the Manhattan USB Micro Hub for 9 USD and remove its housing. The board inside is only a few Millimeters larger. The bigger downside is, that then you have to throw the case away (and I dislike throwing things away) and that the legs of the JST PH sockets have to be bent just a little to fit where the actual USB-A ports were soldered before.

Looks great! I’m going to try a slight variant of this mod once the following components arrive:

I already have these parts on hand and not being used for anything at the moment:

Will check in again after my parts arrive sometime between mid-October to mid-November and after I get a chance to try the mod.

Fantastic! Thanks for sharing !, a step by step guide for newbies would be handy hehe

Option had a GTM line with combo wlan/wwan cards (of which only one model also had a sim slot and is unobtanium), i had one in a X220T for a while and it worked as advertised. If replacement modules were available it’d be nice…

josch, I would be interested in hearing about your experience with the reliability of your cellular connection. I ask because the Librem 5 is basically using a USB cell modem as well, and the connectivity on it is REAL hit or miss.

The convergence mode on the L5 is really compelling but with the state of the modem there it is a deal breaker. I need stable data as a minimum.

Thanks for sharing with us your work on your Reform!!

What kind of stats would you like to see?

Really just wondering if the cell data is a reliable connection?

depends where you are, how good the reception is, how loaded the cell is… it’s really not possible to say one way or the other for certain.

These are the reasons I am asking about stability. I would be interested to know if the USB modem is working after coming back suspend, etc.

Then I’m afraid I cannot answer your question. In contrast to your Reform, suspend is extremely unreliable for me and thus I rarely ever suspend my machine. That’s why I cannot test how reliable my LTE is after resuming from suspend because my suspend is unreliable.

Interesting. Yeah my Reforms basically lives in suspend. When I’m not using it, it is suspended. Old habits I guess.

Still very cool that you added a LTE modem to yours. I mean your Reform is basically your one stop computing shop. 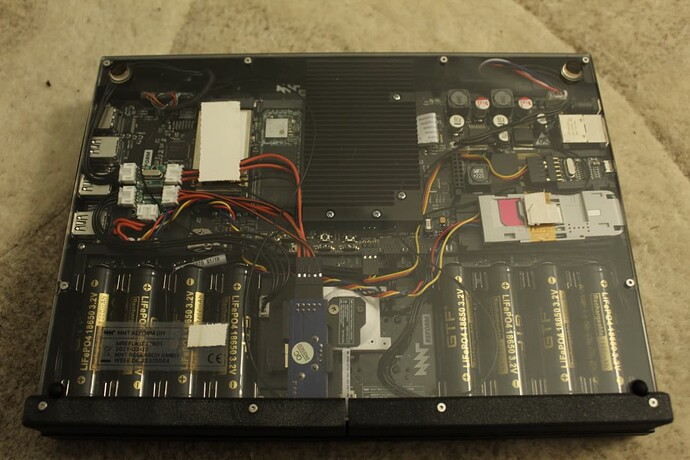 I put everything together using the components mentioned in my last post, with the addition of a kit for making cables with male and female Dupont pin terminals and a crimper. I used wire I’ve salvaged from other electronics and projects in the past. Everything seems to be working well. There were a few tricky bits, though, which I’ll list below:

I think that’s everything. I put the OpenSCAD code into a repository on Codeberg, added support for the UART I happened to have on hand, and hopefully made it easier for other people to add support for other UARTs as well. I also broke the code up into modules to make it easier to pick and choose which boards to print.

@josch, I’ve released this code under the CERN-OHL-S license, which is the same license the Reform itself has been released under. I recognize I don’t have the right to do this unilaterally, as this is based on your code. Please let me know if you’d rather use a different license or host the code elsewhere or anything.

Meanwhile, I managed to fry something on my motherboard while doing this mod (released the “magic smoke” from some component due to letting metal touch the board with the batteries in) and now my batteries won’t charge, so I’ll be debugging that next.

Edit: Looks like I may have only burned out the trace from LEFTBAT to RIGHTBAT. Soldered some solid-core wire over the top and everything seems to be working again.

Having the Huawei plugged in and in modem mode during boot seems to have given it priority over the wifi card somehow. I’ll need to work out what the problem is and figure out how to deal with it “correctly,” but in the meantime running this command seems to work, despite showing an error:

Interesting… I did not need to do anything like that. Everything worked as expected out of the box. Weird…

@josch, I’ve released this code under the CERN-OHL-S license, which is the same license the Reform itself has been released under. I recognize I don’t have the right to do this unilaterally, as this is based on your code. Please let me know if you’d rather use a different license or host the code elsewhere or anything.

I’m placing my own code in the public domain (which is technically not possible in Germany but just imagine an equivalent to that) so feel free to do whatever you like with my openscad files including not mentioning my name or anything. I just want to put my openscad code out there and I do not care about any attribution or anything. But thanks for asking!

Meanwhile, I managed to fry something on my motherboard while doing this mod (released the “magic smoke” from some component due to letting metal touch the board with the batteries in) and now my batteries won’t charge, so I’ll be debugging that next.